September 2016
We joined in with Clara Vale's 125 years celebration weekend by performing at the village hall on a sunny September Sunday! The audience enjoyed a delicious afternoon tea while we were playing (and we were saved some for afters!). We had some great helpers as members of the audience were invited to join in on percussion.

​This was our conductor Johnny's last performance with us as he is passing the baton (literally) to his father Colin. We have greatly enjoyed playing with Johnny for the last 7 months, and Clara Vale was a fitting send off.  Thank you for all your hard work Johnny! 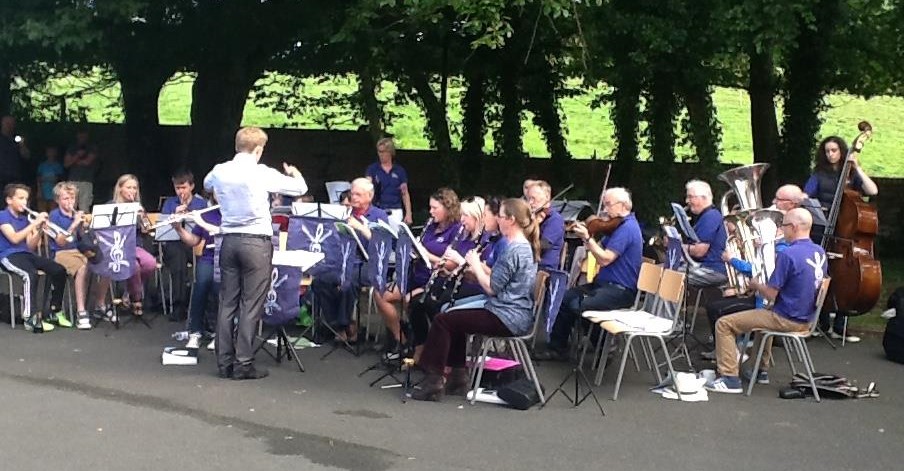